It was shocking when I read about ban on Durga Immersion in West Bengal. Because West Bengal is known for grand “Durga Pooja”  in whole world.

And It was more shocking when I read the reason behind it that Bengal Government is banned “Durga Immersion”  due to Moharram celebration will take place on that day.

I don’t know where Bengal Government heading to. What principles they are following? They forget the fundamental strength of the country that is “Unity in Diversity”. Why are they thinking that if Durga Immersion will take place with Moharram, their may be clashes. The reason is very  clear; they have created the atmosphere their which don’t have harmony between different communities.

What if there were Durga Immersion, Moharram, Guru Purnima, Good Friday all festivals fall on same day. Do they ban all festivals except one?

The decision of banning Durga Immersion by West Bengal Government shows the narrow thinking and  the fear of outcome which they are fueling over the time in state. Simply, I can say ‘Chor ki Dadhi me Tinka’.

I really really appreciate the Honorable Court for their timely and historic decision of provoking the Government’s order of baning Durga Immersion and strict words conveyed to West Bengal Government.

Last but not the least, Don’t think that I write all this because it is concerned with my religion. I will criticise the move if Moharram is been banned with same intensity of words. It’s God’s world and no Government can ban worshiping Ishwer, Allah,Vaheguru,Jesus. 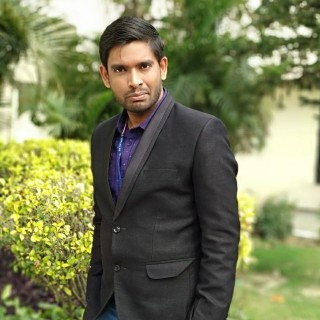 "A India based banker who love to write."